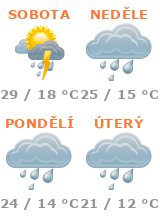 You have visited the official web page of one of the eldest Czech royal castles, which is also called the „villa of Czech queens“.

Svojanov is the only castle in our countries, in whose architecture is mixed Gothic with Empire, thus the Middle Ages with the 19th century.
Since 1910, the castle Svojanov is a property of the town Polička.